Same day dishwasher repair of all well known brands. Such as built-in, double, portable, and countertop. Convenient scheduling online and by text message.

Plus, FREE house-call with your repair and Rebate Program. 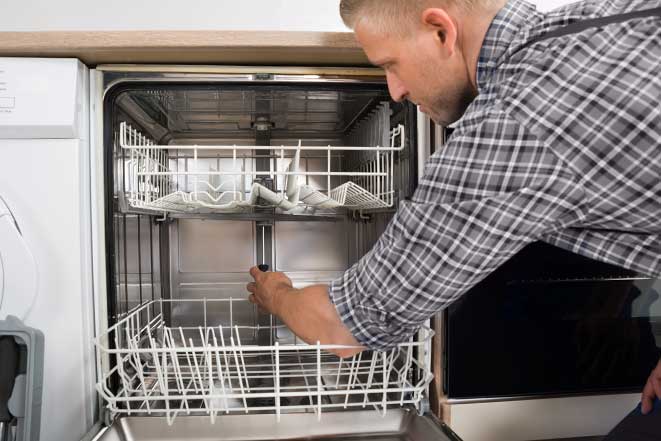 Fixing A Dishwasher That Won’t Start

When a dishwasher won’t start, you will find it to be the most frustrating thing to ever occur in the kitchen. A serviceman will also come at a price you had probably not budgeted for and it may force you to do the repairs yourself. In this article you will come across the most common parts used to fix a dishwasher that will not function properly. The information will play a vital role in assisting you to know how to fix the dysfunctional part of the dishwasher. At the same time remember that dishwasher repair is fundamental so as to prevent further destruction.

In case a dishwasher is not starting, the problem could be the switches or door latch. The door latch is assembled in a way to hold the door tightly closed during circulation to prevent spillage of water. If it’s proving difficult for the door to close, it means it will be impossible for the dishwasher controls to receive power and hence the washer will not start. This is a sign that the latch assembly such as the switches need to be inspected, as they could be defective.

Steps for opening the door latch

After the door latch starts functioning properly, and the dishwasher still fails to work, check the timer or electronic control. The first step when using a dishwasher is the removal of stagnant water in the tub. If the drain pump motor is not producing any sound when running, then check the timer to ascertain it is not the cause. The timer uses a number of electrical contacts that are motioned by a small motor all of which are inside the timer housing. The timer contacts should also be looked at to determine which contacts control the inlet valve circuits. Always switch off power from the appliances before embarking on these repairs. This is a live voltage check that should only be carried out by an expert. 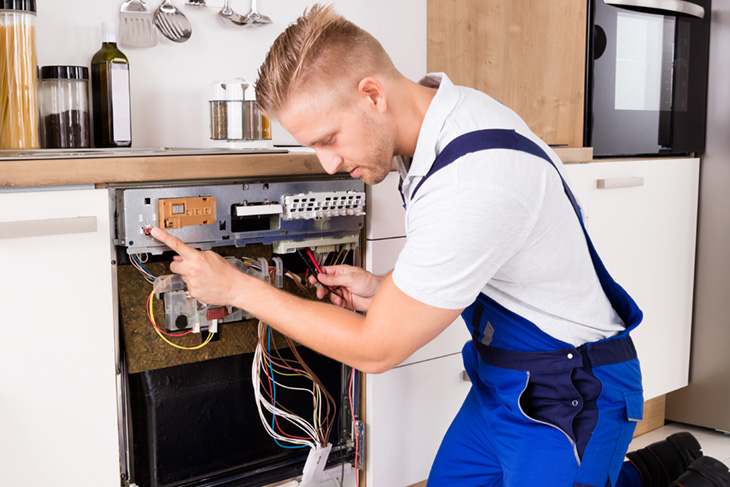 There is the selector switch used to determine removal of hot or cold water as per the preference of the person washing the dishes. This switch sometimes causes the dishwasher not to start if it were defective. Ensure the switch is properly depressed before starting disassembling. With the competition in this industry, there are so many models of dishwashers that have come up and some use a start relay on the main pump. Sometimes it could be the reason a dishwasher is not starting and therefore you can manually activate it for continuity by turning it upside down and allowing the plunger to drop.

Enjoy this special offer for your appliance.
$30 OFF ON Dishwasher Repair Services Code TAKE30 Redeem online on repairs only.

Discover how Fix Appliances maintains a 5-star service record since day one.

Our technician Oleg was great. He was on time and even called before his arrival. He was able to diagnosis the problem and make the repairs all in one visit which was very appreciated. He not only fixed the problems, but talked me through what was wrong and how it needed to be repaired. He also spent time to show me how to properly maintain the dryer myself. He was very tidy leaving no mess behind. I would highly recommend Fix Appliances to anyone.

Repair of water dispenser on fridge. Original part had worn out. Diagnosis was fast and accurate and the repair was carried out quickly.

More Problems & Solutions from Our Blog 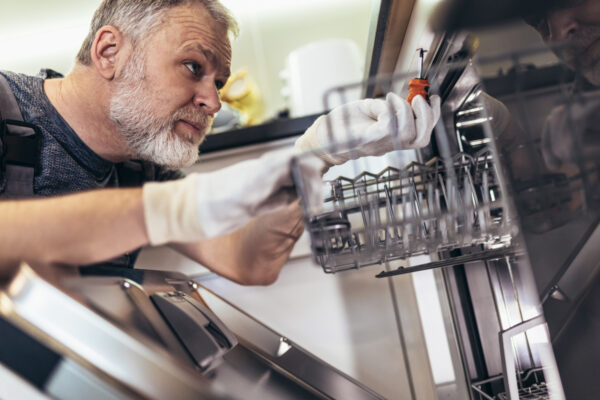 15 Things You Should Never Put in a Dishwasher

The dishwasher is one of the best inventions in the appliances world, and it is a real workhorse of the kitchen. The ... 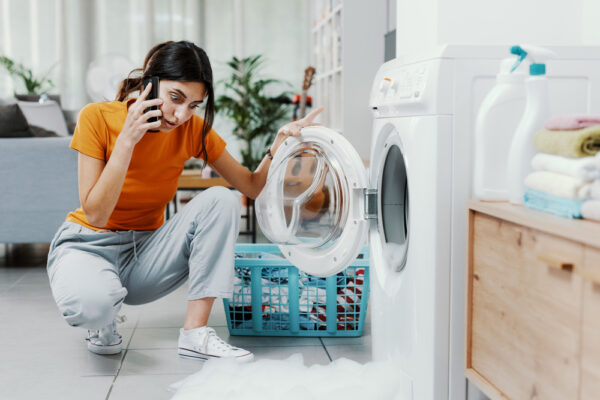 7 Things You Never Want to Do to Your Washing Machine

In this article… Following a Washing Machine’s Manual Strictly Following the Tags Sorting not Mixing ... 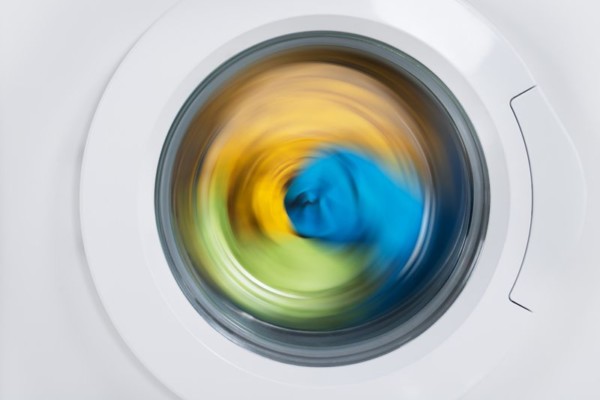 The Main Reasons Why Your Washer Stops Spinning

Read
See all articles on our blog
Rebate Program

If you decide to proceed without repair, you will receive a rebate toward purchasing and installing a new appliance in our store. Our technician will provide details during your appointment.